How to make UPI Pin from Aadhaar | Now create your UPI without ATM / Debit Card, generate your UPI PIN like this.

Aadhar Card Se UPI ID Kaise Banaye, How to create UPI Id from Aadhar card?:- Friends, till now you needed a debit card to create UPI id, and many times it used to happen that you did not have a debit card due to which You were not able to register UPI.

Aadhar Se UPI Pin Kaise Banaye : Hello friends, welcome to all of you in your blog All Job Assam . Through today’s article, we will talk about Aadhar Se UPI Pin Kaise Banaye . If you also do not have an ATM / Debit card due to which you are not able to create your UPI PIN , then you do not need to worry because today we are going to tell you some great tricks with the help of which you can create your UPI PIN . Can easily generate and take full advantage of it. So, we are going to talk about how to create UPI Pin from Aadhaar card.

Let me tell you that a new feature has been launched by NPCI, with the help of which you can create your UPI PIN. Yes, now it is absolutely possible that you can generate UPI PIN with the help of your Aadhaar. So, through this article, this information has been explained below in full detail like _ by which banks this facility is provided, what are its benefits and how to make PIN etc. If you also want to generate UPI PIN without Debit Card/ATM, then definitely read this article till the end.

How to make UPI Pin from Aadhaar: Overview

List of Banks providing option to set UPI Pin with Aadhaar Card without ATM/Debit level has been released. which is like this

Note: The option to set UPI PIN has been activated by all the above banks. So that the consumers of these banks can take full advantage of it.

How to make UPI Pin from Aadhaar

Read Also:  How to do Udyog Aadhaar Registration? Know the new rules, eligibility and application process of Udyog Aadhaar: 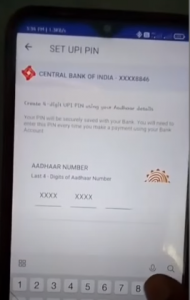 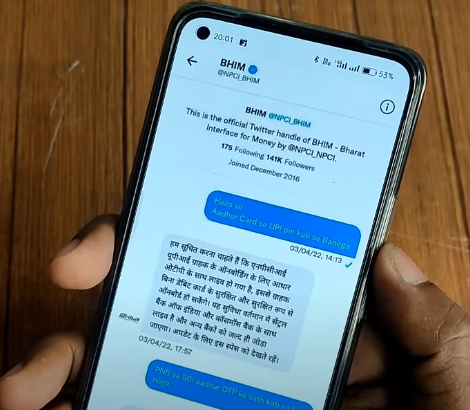